History of the Quran is a short article which was initially written by Shaykh Mansoor Mahmood Al-Azhari (Imam, Kirkcaldy Central Mosque). I then edited it to teach a group of students at Zainab Cobbold Institute. The article explores the recording, compilation and vowelisation of the Quran. Diagrams are added for further illustration. Feel free to download the pdf version.

History of the Glorious Quran[1]

There were 29 companions who were specifically selected by the Holy Prophet ﷻ to write down the verses of the Quran as they were revealed. From amongst those chosen to undertake this sacred job were: 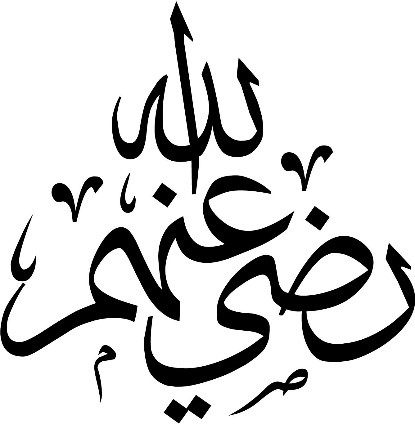 The task was mainly undertaken by Sayyiduna Mu’awiyah and Sayyiduna Zaid bin Al-Thabit. There is another opinion that there were 40 scribes who would record the Quran. The Holy Prophet ﷻ would carefully supervise them as they wrote the verses. These verses were written on anything that was available to them. Examples of material used includes parchment, wood, animal skin and slabs of stone. For this reason, there was not a compiled hardcopy of the Quran during the time of the Holy Prophet ﷻ. The separate pieces upon which the Quran was written would be kept in the house of the Holy Prophet ﷻ.

There was also a female companion, Umm Waraqa, who was given the title of Shaheedah.[4] The Holy Prophet ﷻ would visit her and she was also from those who scribed the Quran.

After the Holy Prophet ﷻ passed away, the battle of Yamama took place during the Caliphate of Sayyiduna Abu Bakr. This battle was against Musaylma who claimed, falsely to be a prophet. Although the Muslims were victorious, hundreds of Muslims were martyred in this battle. 700 of them were Hufaaz.[5] After witnessing this incident, Sayyiduna Umar feared that the Quran may become lost. So, he thought of the idea that the Quran should be compiled into a book form. This way Muslims could easily read the Quran rather than look for hundreds of different pieces of material that it was written on.

The huge task of writing the Quran in a book form was given to Sayyiduna Zaid bin Thabit.[6] At first, he politely declined to take this job as it was an extremely difficult and exhaustive job. He said:

‘By God if I had been ordered to carry a mountain from one place to another, it would not be harder upon me than this order which you have given me to collect the Qur’an.’[7]

‘You are a young and very intelligent man and I consider you free from any type of blame. For you used to write the revelation for the Holy Prophet ﷻ.’

When Sayyiduna Zaid accepted the task of compiling the Quran in a single copy, he was told that strict conditions would be followed so that complete accuracy could be achieved. The writing of the Quran was not allowed to be dictated by memory but rather, from the pieces on which the Holy Prophet ﷻ had ordered the scribes to write on. He was also told that whoever brought a verse of the Quran to him, they would need to have two witnesses to testify that this was indeed a verse of the Quran that they had acquired from the Holy Prophet ﷻ. Both witnesses had to agree that the verse was correct and that it was a part of the Quran.

After the Quran was compiled into book form, Sayyiduna Abu Bakr kept it in his possession. Before he passed away, he passed it on to Sayyiduna Umar. When Sayyiduna Umar was on his deathbed, he gave it to his daughter Sayyida Hafsa for safekeeping.

However, the order of the Surahs was arranged by the Sahaba (may Allah be pleased with them all). This is the position of the majority of scholars.

The Quran was organised by Surahs, by placing the seven long ones first and then following them up by the ones that reached a hundred verses. This was all arranged by the Companions.[9]

Sa’id Ibn al-Musayyib stated, I attended the funeral of Sayyiduna Zaid bin Thabit. After he had been buried, Sayyiduna Ibn Abbas said,

‘O you people! Whoever wishes to know how knowledge leaves us should know that it is like this that knowledge leaves. I swear by Allah that a great deal of knowledge has just left us today.

During the time of the Holy Prophet ﷻ, the Quran was recited in different dialects by the Sahaba. An example can be taken from the following incident which happened between Sayyiduna Umar and Sayyiduna Hisham bin Al-Hakim.

The scholars have explained that the 7 dialects refer to 7 variations of the Arabic language pointing to the same meaning. Imam Suyuti writes,

The intended meaning (of seven dialects) is that there are seven expressions of one meaning which is reached by different words. For example: (The words) ‘Aqbala’ ‘Ta’aala,’ ‘Halum’ma’ ‘Aj’jala’ and ‘As’ra’a’ (are all the same in meaning). This is the opinion of Sufyaan Bin Uyaina, Ibn Jareer, and Ibn Wahb. Ibn Abdul Barr has attributed this interpretation to most of the scholars.[10]

Imam Suyuti is explaining that the Arabs would use different words which had the same meaning. Different regions of the Arabian Peninsula had their own words which indicated to a meaning. The example that Imam Suyuti has given is of the several words in Arabic which mean ‘come’. Based upon the locality a person came from, he would use one of the five words used to say ‘come.’

In the English language, we can compare variations between the United Kingdom and the United States of America. Both countries speak English but vary in choice of words sometimes. A prime example of this is the use of the words cell-phone or mobile, soccer and football. Both have the same meaning, yet one is used in America whilst the other is used in the United Kingdom.

To understand this further, this is an example from the Quran;

Sayyiduna Ubay bin Ka’b recited the words Mashaw Fi as Sa’au fee’hi or Marau feehi. The words are different, but the meaning is the same.

Sayyiduna Uthman was murdered by rebels whilst he was reading the Quran. His personal copy of the Quran can be found in the Topkapi Museum in Istanbul, Turkey. The blood marks of Sayyiduna Uthman from his murder remain on this copy.

This diagram shows the development of the vowels in the Quran.

The use of the Fat’ha, Dhammah and Kasrah that we find in our Quran now was introduced by Khaleel bin Ahmed Al-Fraaheedi.[14] The standardisation of dots being put on letters (i.e. dot underneath Ba and two on top of Taa to show the difference) was done by Abdul Malik al Marwan who was the fifth Umayyad Caliph. This order was given by Al Hajjaj Ibn Yusuf who was the Governor of Iraq at that time. He also noticed frequent mistakes by people and decided that every copy of the Quran which was going to be printed must have dots on the letters.

Although the Quran went through a few stages of development to make its recitation easy for Muslims, nothing from its original text was ever altered or changed. The Quran that we have today is the one which was standardised by Sayyiduna Uthman. The order of Surahs which he set cannot be altered now because the Sahaba agreed on this order. Sayyiduna Uthman was the Caliph at the time when this standardising took place. He did this with advice and counselling from senior Companions of the Holy Prophet ﷺ. The form that we have in front of us today is the final form and is identical in wording as the personal copy of Sayyiduna Uthman.

May Allah shower his mercy and blessings on all those blessed souls who gathered the Quran and made its recitation easy for us. May Allah give us the tawfiq to recite the Quran, Ameen.

‘Surely We revealed the Quran, and We will protect it.’

[2] Imam Suyuti in Al-Itqan Fi Ulum-il Quran mentions two opinions in this regard; 6,666 and 6,236. The reason for the different opinions on the verses is that certain group of people shortened some long verses of the Holy Qur’an into two or three verses. One should not doubt that the words of the Holy Qur’an has been decreased but the words are still the same. Only some long verses have been shortened.

[4] Shaheeda refers to the fact the Umm Waraqa was going to be martyred.

[5] Hufaaz is the plural of Hafiz. It refers to those who have memorised the entire Quran.

[6] Sayyiduna Zaid was one of the greatest scholars from the Sahabah. From his students was Sayyiduna Ibn ‘Abbas. Sayyiduna Umar would often say, ‘O people, whoever wants to ask about the Quran, let him go to Zayd ibn Thabit.’

[11] Vowels refers to the Zabar (Fat’ha), Zer (Kasrah) and Pesh (Dhammah) which are found in the Quran.

[14] Khaleel (d. 786), was a master of the Arabic language. He was known as the second Abu’l Aswad. His book, Kitab al-‘Ayn is regarded as the first Arabic dictionary. The vowels we have in the Quran were introduced by him. His study also formed the basis for the Persian, Turkish and Urdu languages as well.

2 thoughts on “History of the Glorious Quran”